I had the pleasure of attending the UnWIREd conference in Baltimore this past weekend, and got a chance to watch people that love their city engage in a productive dialog about how to make it better.

I have lots of friends in Baltimore, and attending civicly-focused events there is always fun because of the passion and dedication of people in the community. I estimate that I knew more than half of the attendees at the event from previous hackathons and similar events.

I attended the event mainly to serve my own purposes – I’ll soon be taking a new position with the City of Philadelphia, and I wanted to get a sense from those attending UnWIREd of how they see open data from their city being a key ingredient in building solutions to urban problems.

END_OF_DOCUMENT_TOKEN_TO_BE_REPLACED

On Saturday, April 28th, the 2nd Philly Tech Week came to a close.

Like the inaugural Philly Tech Week last year, this weeklong series of technology events and panels concluded with a hackathon focused on open government data and journalism. 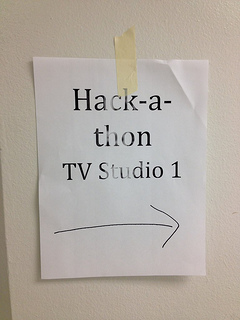 I gave a brief preview of this event over on the Code for America blog, and shared some observations on how I thought this event was pushing the boundaries of what the “traditional” notion of a hackathon is:

This event – which took place in conjunction with BarCamp News Innovation – was a mashup of journalism unconference and open data hackathon. More clearly than most events, this one underscored the important relationships between civic hackers and journalists, and the common interest they both have in open government data.

In my mind, this event also highlights the maturity of the open data and civic hacking cultures in Philadelphia – the only city to date to partner with Code for America for two years in a row.

END_OF_DOCUMENT_TOKEN_TO_BE_REPLACED

Great cities have always had an influence beyond their borders.

This is true not only of contemporary cities like New York, Paris and Beijing but also of ancient cities. The influence of Rome can still be seen today in the form of ancient roadways and aqueducts.

But whether exporting engineering or religion like ancient Rome, or artwork and pottery like the ancient Mexican city of Teotihuacan, it’s important to understand that cities have always been – and still are – vital centers of commerce, science, art and culture that have an impact far broader than their municipal footprints.

At a recent summit in Philadelphia sponsored by the Knight Foundation and Delaware Valley Grantmakers, and organized by TechnicallyPhilly’s Chris Wink, participants discussed the social and urban challenges facing Philadelphia, and considered the possibility that such challenges might present unexpected opportunities.

Wink’s thoughts on this subject are well worth the read, as evidenced by the impressive turnout at this recent event.

I had the pleasure of attending this summit, and one of the most profound realizations I took from it was sparked a comment made by one of my fellow participants.

END_OF_DOCUMENT_TOKEN_TO_BE_REPLACED

I had the pleasure of traveling to Austin, TX last week for the SXSWi festival and to present on civic hacking events in Baltimore and Philadelphia.

The presentation I gave can be viewed below.

I had a lot of fun preparing this presentation as well as giving it in Texas last week. I learned a lot from the two events covered in this presentation, and I think a lot of valuable lessons on how to effectively run civic hacking events can be gained from the experience of these two events.

Looking forward to applying the lessons learned in Baltimore and Philadelphia to future civic hacking events!

Last year, I wrote about a civic hacking event that took place in Philadelphia at the office of Azavea.

I described my observations at last year’s event this way:

“What I was most impressed with was the ability of this event to highlight to those that were there what is truly possible when government data is open to and usable by developers. It provided an object lesson for all those there in the true potential of civic hacking…

Having the Code for America fellows in Philadelphia, and having them essentially kick start civic coding using city data, has accelerated the awareness of what is possible. I think people would have achieved the awareness that was realized yesterday eventually, but the CfA fellows got people there sooner.

I call it “the CfA Effect.” It was pretty cool to see first hand.”

The event this past Saturday provided a good opportunity to gauge the changes that have occurred in Philadelphia since the city embraced open data with gusto under Mayor Michael Nutter, and welcomed it’s first class of Code for America fellows.

END_OF_DOCUMENT_TOKEN_TO_BE_REPLACED

Yesterday, at the Fox School of Business at Temple University, Philadelphia Mayor Michael Nutter helped launch the Urban Apps & Maps Studio – a civic business incubator that will support the development of software applications to address urban issues in Philadelphia.

The video below – by former Code for America fellow Anna Bloom – provides a nice overview of the focus of the new Apps & Maps Studio.

The Studio, which will be led by Fox School of Business Professor Youngjin Yoo, is supported by $700,000 in grants from the federal government, and has the support and partnership of the City of Philadelphia and Code for America.

END_OF_DOCUMENT_TOKEN_TO_BE_REPLACED

This is the first in what I hope will be a series of posts with practical advice for organizing and running hacking events, particularly those focused on building civic apps and using open government data.

These posts will lead up to, and (hopefully) follow a talk I’m giving at SWSWi in March discussing the outcome of two civic hackathons I helped organize in 2011 – one in Philadelphia and one in Baltimore.

One of the lessons I took away from my own experience in helping organizing these events (and participating in many others) is that “free” does not always mean “better.”

It’s a widely held belief that civic hacking events should be free of charge, to encourage wider participation and to make it as easy as possible for people to join an event. There is some logic to this belief, and in some cases making an event free to attend is the best approach.

However, there are some cases where I believe charging people to participate in a civic hacking event can increase turnout.

END_OF_DOCUMENT_TOKEN_TO_BE_REPLACED

There is a lot of exciting stuff on this list, and Phil’s thoughts are sure to be the basis for lots of innovative and interesting work in 2012. 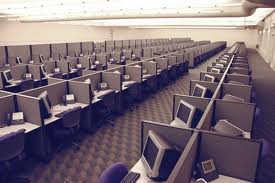 When people think about the “Open311 standard” they typically think of the GeoReport V2 specification. This is the spec that details the interface for submitting non-emergency service requests to municipalities.

Reporting potholes, graffiti, garbage on the streets, etc. is often what people envision when they think of municipal 311 service. But this is only part (actually, a relatively small part) of the types of contacts that 311 centers receive.

For most 311 centers, the majority of contacts involve not the reporting of an incident, but an inquiry – a question about government services or a request for information.

END_OF_DOCUMENT_TOKEN_TO_BE_REPLACED

I had the pleasure of talking with Allison Hornery of Gov20Radio this weekend on civic hacking, civic startups and open government data.

You can listen to this interview here.

2012 is going to be a big year for civic hacking and I make some fairly strong assertions about what we’ll see this year in terms of hacking, open data and civic startups.

Take a listen and leave a comment below if you want to follow up on any specific points.

I hope you enjoy it.

There are lots of smart people asking tough questions about civic hacking and hackathons as the new year begins – a new year that promises to see lots of action on the civic hacking front.

A lot happened in the world of civic hacking, open data and hackathons in 2011. But does all of this activity matter? Are the events and activities we are seeing in the civic hacking space making a lasting difference? Is the civic hackathon a construct that we will see used in the long run to promote new ideas and lasting civic change?

In a word, yes. Let me explain.