A couple of weeks ago, I attended the most recent PennApps hackathon – a biannual college hackathon in Philadelphia that has grown from somewhat humble beginnings a few years ago to one of the largest college hackathons in the world. 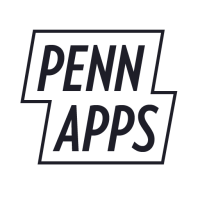 Attendance at the event has swelled to over 1,000 participants from colleges across the country, as well as several international teams. I’ve been to PennApps 4-5 times in the past few years and it has been remarkable to see it grow. The last several I have attended, I brought with me colleagues from city government – some whom had never before been to a hackathon.

What hasn’t changed over the many installments of PennApps is the presentation of sponsor APIs at the kick off event. After a brief introduction by the organizers, the many technology companies that sponsor the event show their wares to participants. This almost always involves a short description and demo of an API or SDK that participants can use at the event to build something.

These presentations are witty, engaging and fun – they have to be. There are dozens of sponsors for the event and each is angling to encourage developers to use their tool or platform to build a working prototype by the end of the weekend. This is how companies built around APIs raise brand awareness. Increasingly, the process of building software has come to revolve around leveraging third-party platforms and APIs. This has changed that way that software development – particularly web development – happens, as well as the expectations of developers. 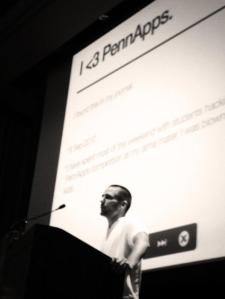 Most of the sponsors at an event like this one will offer some sort of additional incentive for developers that use their services – free credits, t-shirts, swag, etc. At a minimum, though, their services are easy to use and well documented. Those that are brave enough may even try a “live coding” demo – building a working application using their API or platform in just the few short minutes allotted to each sponsor presentation. When done successfully, this can help drive home the point to prospective users that a platform or API is easy to use.

Every time I attend this event with my colleagues from city government I say – “This is what governments need to do. We need to present ourselves to prospective users as if we were an API company. The same standards of quality should apply.”

It is increasingly common – and encouraging – to see governments publish developer portals. A number of different federal agencies do this, as do large cities like New York, Chicago and Philadelphia.

The truth is – if we’re being honest with ourselves – that most of them are not very good, particularly when compared with the offerings of private companies. Many don’t have common elements like an API console, code samples & tutorials, helper libraries or a discussion forum.

We must enhance the quality of government developer portals, and we must work harder (and faster) to develop shared standards for government data and APIs. Most importantly, we have to do more to share tips, tricks and best practices between governments. There are some tools out there to get governments started down the road of building a developer center that is impactful and engaging, but we must do more.

Developer centers are not just a mandate or requirement that we need to check of our “to do” list. Government developer portals should be the hubs around which we engage and communicate with developers, technologists and the broader data community.