On June 1st and 2nd, cities across the country will take part in a national civic hacking event being coordinated under the auspices of the White House. 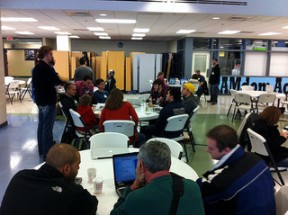 Philadelphia and Baltimore – two cities with long histories of hacking events, and active civic hacking communities – are both holding local events as part of this national initiative. However, Charm City and the City of Brotherly Love are taking a unique approach to this civic hacking event by collaborating on the development of solutions that can benefit both cities.

Philadelphia and Baltimore are cities that have much in common. The two cities are geographically close, and face many of the same issues and problems. Both have active and growing technology communities, with many interconnections and relationships between the two communities. 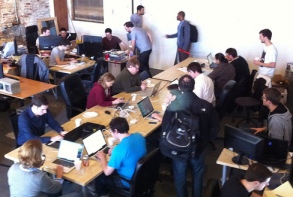 Both cities operate 311 call centers, and make 311 service requests data available through a standard API. Both Philadelphia and Baltimore have embraced open data, and have encouraged outside developers to use their skills to help make their respective cities better.

The National Day of Civic Hacking represents a unique opportunity for these two cities – both leaders in the civic hacking and open data movements – to collaborate and identify common solutions to shared problems.

On June 1st and 2nd, civic hackers, technologists, activists and others passionate about making Philadelphia and Baltimore work better are being asked to team up on solutions that can benefit both cities.

Mentors and data experts will be on site in both locations and ready to assist teams that want to work on projects that benefit both cities. A live video feed between the two venues is also planned to allow collaboration and information sharing.

Beyond this type of direct intercity app exchange, both cities have large amounts of open data that is available to developers both as static downloads and through APIs. Both cities make data available on crime incidents, transit schedules, polling locations, schools, property ownership, vacant land and buildings, property taxes and 311 service requests.

There is enormous opportunity for the development of new applications and solutions over the course of this event that can be put to immediate use in both cities. But we need your participation to make that happen. Register now to attend either the Philadelphia or Baltimore National Day(s) of Civic Hacking!