Experiments in GitHub Based Procurement

The City of Philadelphia is experimenting with some new ideas that we hope will change the way that city departments procure technology solutions. The “petrie dish” for some of the more interesting of these experiments is the social coding site GitHub. 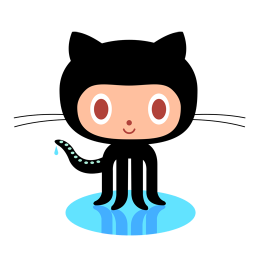 Philadelphia is looking for ways to partner more closely with local technology companies on small to mid-sized technology projects undertaken by city departments. One of the biggest challenges we face in creating these partnerships is our procurement process, which wasn’t designed in a way that is conducive to working with small companies and startups. This is not a new problem, and there are actually initiatives underway in Philadelphia to mitigate this challenge and create valuable partnerships with local startups.

One of the unique characteristics of Philadelphia’s procurement system is the process used for “Miscellaneous Purchase Orders” (MPOs). MPOs are are personal and professional services contracts valued at $30,000 or less for which city departments are required to obtain quotes from no less than three different vendors. Traditionally, the process of outreach to vendors for MPO projects has been decentralized and opaque. Department personnel would (and still do) reach out to vendors that they are personally aware of and obtain a quote for services.

This traditional practice is suboptimal for city departments because the pool of vendors from which quotes are obtained is limited. It is also not optimal for local vendors, many of whom may be qualified to provide the service desired but who may be unaware of the opportunity.

With the support of Philadelphia’s Deputy Mayor of Administration & Coordination and Managing Director, Rich Negrin, and at the direction of the Chief Innovation Officer, Adel Ebeid, we are experimenting with ways to change this practice for MPO projects (starting with technology projects), and we’re using GitHub to do it.

$30,000 may not seem like a sizable budget for a big city project, but for some technology projects – specifically things like web site redesigns, mobile app development, etc. – this amount can go a long way, and provide ample funding for a small or mid sized effort. It’s probably not the right budget for larger companies but for small companies, or even freelance developers, this is nothing to sneeze at. It is these small companies that we want to create new partnerships with – today’s small startup is (potentially) tomorrow’s big company.

Philadelphia has a thriving technology community, and a robust network of developers and designers who would be ideal for many of the projects that city departments undertake as MPO projects. But until recently, there hasn’t been a mandate to rework how we conduct outreach for quotes on MPO projects. In addition, there hasn’t been the right concentration of knowledge within city government to think outside the box and try some new ways of doing old things.

The Managing Director and CIO have given the Innovation Management Team in the Office of Innovation and Technology latitude to try new things. A good chunk of this team is made up of former civic hackers, most of whom have collaborated on software projects with other developers in the past. When we got the green light to think of some new strategies, our collective interest settled almost immediately on GitHub.

We decided to try and use GitHub – from start to finish – as the mechanism for soliciting bids on a new technology project for the City of Philadelphia.

There are lots of reasons that we decided to use GitHub for this experiment. First, we wanted to utilize a platform that would resonate with technologists (duh, Github). Second, we wanted to have some insight into the quality of other work done by bidders – we expected that firms interested in bidding would already have GitHub accounts, allowing us to look at public repos to see what kind of solutions they were working on and how active they were in participating in other projects.

And finally, we were hopeful that by doing something different – something that potential vendors probably had not seen from a city government before – that we would encourage some “creative” responses.

To conduct our experiment, we needed the right project. The one we ended up choosing is called myPhillyRising – it involves the development of a mobile app to support the efforts of the PhillyRising Collaborative. PhillyRising is a “boots on the ground” effort that is run under the auspices of the Managing Director’s Office. It places city staff in some of the toughest neighborhoods in Philadelphia to support residents that want to bring together their neighbors and organize community events and address chronic neighborhood problems. The objective of the mobile app is to give both PhillyRising staff and residents in the neighborhoods they serve an easy to use tool for communicating, sharing information and organization events.

The first thing we wanted to do was to post the description of the myPhillyRising project publicly, to enable us to share it widely through various channels with our local technology community. We decided to use a simple GituHub Gist for this.

We asked interested parties that had questions to post them as a comment on this public Gist, allowing other interested parties to see both the question and our answers. For those that wanted to submit a response, we asked them to do one of two things:

While we anticipated that the process of using GitHub to solicit bids would be interesting, the response that we got from local vendors – and the nature of some of these responses – exceeded our expectations.

By the end of the submission process, we had received 9 high quality responses from local vendors – a number that far outstrips the number of responses received for similar MPO projects, and three times the number of responses required. This underscores the importance of publicly posting opportunities of this kind – if the city gives local technologists an opportunity to bid on work, local companies will respond.

In addition, several of the responses were highly creative – responding firms took advantage of the fact that the submission platform was a GitHub repo and made the most of the opportunity. One firm created a compelling webpage using GitHub pages to tell the story of Philadelphia residents who might use the new mobile app – they didn’t do this in addition to their standard response, this was their response. Another firm committed prototype code to their repo that let the evaluation team test drive how the proposed app might look and work on a mobile device.

Beyond the initial submissions from interested firms, we found that GitHub Issues were an effective means of interacting with respondents. We used this mechanism for followup questions, to request additional information and even to help us schedule in person meetings with finalists.

Going into the final vendor selection, we expect to use the original GitHub repo that was set up to submit vendor responses as the mechanism for delivering the final working mobile application (and for all of the iterations and code reviews leading up to that point).

And ultimately, if we decide to release the code for the myPhillyRising app as an open source project, we can add the appropriate license and flip the winning vendor’s repo from private to public.

That said, this exercise has given us valuable insights into ways that we can make the process of engaging with local technology companies easier and more efficient. The latitude provided by the MDO and CIO gave the project team room to try something that the city had never done before.

We are now expanding our efforts to reach out to local technology companies for small to mid-sized technology projects – aggregating new projects that have the right profile to a central website (a simple WordPress-based site) to make them easy to find and allow users to set up subscriptions for the kind of projects they are interested in. This will not be the last project to use GitHub as an integral part of the vendor selection process, and we are actively looking for ways to integrate GitHub into the processes used to interact with vendors on these projects.

We have much more work to do, but the steps that the City of Philadelphia is taking to engage more efficiently with small, nimble, local technology companies is really exciting.

It’s pretty cool to see GitHub being used as a part of these efforts.