Why is it so hard for governments to adopt innovative new technologies?

Why does the public sector lag so far behind the private sector in leveraging new technology to create efficiencies? 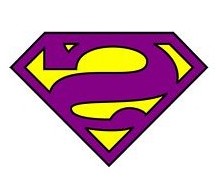 As an organization that works at the intersection of government and technology, these are questions we hear a lot at Code for America. Through our various program offerings, we are working to address the popular sentiments – and the underlying issues – that cause these questions to be asked so frequently.

Many observers point to the government procurement process as the chief impediment to adopting new technologies in government. I’ve made this same observation myself, and public sector procurement is an area ripe for reform and new thinking.

But looking more globally at the incentives that drive how governments apply resources to acquire technology we can see another area where reform is badly needed to encourage innovation – the public budgeting process.

I’ve worked in two different state governments, in both the legislative and executive branches, and I’ve seen the public budgeting process from a number of different perspectives. In every instance that I have seen it, there is not only a lack of incentives for government agencies to create efficiencies through the use of new technology, there are some rather strong disincentives for doing this.

Government reform is qualitatively different from restructuring in firms and industries. Ironically, the substantial efficiency gains driving the development of e-commerce and industry change are disincentives for bureaucrats to use the Internet in government. Whereas dramatic efficiency gains and cost savings in the economy are rewarded through profits, promotions, stock price increases and market share, similar gains in government are rewarded with budget cuts, staff reductions, loss of resources and consolidation of programs. In this instance, incentives and rewards in the institution of government are the obverse of those in the market.

Th typical public budget process begins with agencies submitting requests for funding to support their operations in the next fiscal year. Most commonly, agencies begin these discussions – first with executive branch budget officials, then later on with their legislative counterparts – from the basis of their current level of funding.

This “incrementalist” approach to public budgeting is common – the next year’s budget request is built on the allocation to that agency for the current year, with requests for new funding added on to the existing base.

In my experience working in government, I have found the personnel working at the operating agencies and departments to be passionate, deeply committed advocates for their agency’s clientele. These individuals are understandably more interested in the people their agency serves, and understandably less interested in the relative priority of spending items between different agencies and departments.

Mayors, governors, and legislators are, however, very interested in the aggregate level of spending and must balance competing priorities between agencies to ensure a balanced budget. In theory this means that resources may be redirected from one agency to another as competing interests get resolved within the framework of the overall budget.

In practice, this means that agencies that have unused allocations at the end of a fiscal year – money that is appropriated but not spent – will see those dollars redirected to another agency or policy priority (e.g., tax reduction, paying down debt) in the next budget cycle.

Mayors, governors, and legislators see this as an effective way to allocate finite resources between competing interests. If an agency doesn’t spend down their entire budget allocation, they must not need it and a reduction is justified.

Agencies see this as a diminution of their mission and a loss for the clientele that they serve and are advocates for. It is also a powerful disincentive for agencies to use new technologies to create efficiencies and cost savings.

Think of the incentives the budget process described here provides for agencies to try new things, to go before executive branch personnel or legislators and trumpet a success in implementing a new technology. Agencies that demonstrate a cost savings are not rewarded, they are “punished” with a reduction to their funding allocation for the next year.

In the bizzaro world that is public budgeting, it is the agencies that are relatively less efficient that get “rewarded” with increased budget allocations year over year.

Whether or not we agree with the incrementalist approach to public budgeting, or the portrayal of the self interested agency official being punished for efficiency, it seems clear that the process by which governments allocate resources for technology does not encourage innovation.

While a wholesale overhaul of the budgeting process seems impractical and difficult, there are some things governments can try to create new incentives for innovation.

In addition, if we can create new incentives within the public budgeting process to reward innovation, we will build pressure to reform other government processes that stifle innovation – like the procurement process.

Are there programs like this being tried in city or state governments somewhere? I’d love to hear about them if there are.

[Note – this post originally appeared on the Code for America Blog]